The Story of Krazy Owls

The Story of Krazy Owls

Some people know when to give up. Others know when they are beaten. Krazy owls founder Al Thompson isn’t that smart, in fact, his nickname, “Crazy Al” (and all those two words stand for,) is the reason for the name of this place. Who else could gain a type of fame for a thing like pushing a bed for several miles? Who else would break the biggest strings learning to tune a bass guitar, then a few days later have figured out how to actually play the thing? He’s won marketing awards and advertising awards though he’s never in his life taken a marketing class. Really, who does that kind of thing? Well, Al, it seems. He’s one of those people who do things because he doesn’t know they can’t be done. The word “impossible’ makes his eyebrow twitch, mostly in a downward position. Maybe he doesn’t know what it means.

The story of Krazy Owls was launched when, after over forty years in the fast food business, things changed. Al found himself faced with the prospect of leisurely retirement or working his tail off creating a fun place to enjoy a great meal. Never a person to sit around and relax, Al’s crazy brain juggled several ideas as he searched for a different concept in the world of restaurant excellence. Always having appreciated the films and adventurous images found in the world of steampunk aesthetic, he, and a few friends, began developing ideas based on just that subject. What has resulted is Krazy Owls, the first family-friendly steampunk/ sports bar restaurant in the Charleston Area. It is a place focused on service and good food in a friendly atmosphere.

One of the best things is that Krazy Owls will be a little different with each visit. Our plans include adding more and more steampunk items and devices. We’ll have fun with outdoor events on our extended patio. Musical entertainment, plus events like dinner theater, with Victorian dignitaries will be making an appearance, and you, our guests, can be a part of the show! You’ll meet people like Thomas Edison, Marconi, Tesla, perhaps even Queen Victoria herself, who knows?

We hope you like it here at Krazy Owls, because it’s you who will make it great. We are quite excited to be a part of the John’s Island community and look forward to many adventurous years.

What is Steampunk? This has been debated for many years, but essentially, it is a fantasy world based in the Victorian Age where steam powered machines provide energy and enormous dirigibles, along with many other outlandish devices provide transportation. It would be a world where one would find hats with goggles, gears everywhere, and everything would be slightly different, and perhaps much more interesting than they are in reality.

Steampunk has been described as “a world in which Abraham Lincoln would have owned a laser gun.” That’s a pretty good example, and it sounds like fun, doesn’t it? It’s a world built from brass, wood, and leather, but the primary ingredient is the vast imagination of steampunk creatives worldwide.

We invite ideas from all of you as we grow and we appreciate feedback and comments on our ideas. After all, you, our guests, are part of the Krazy Owls story. 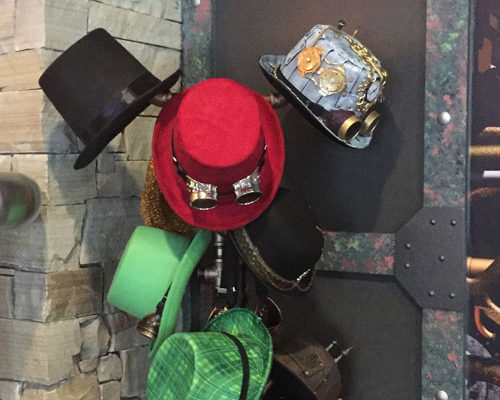 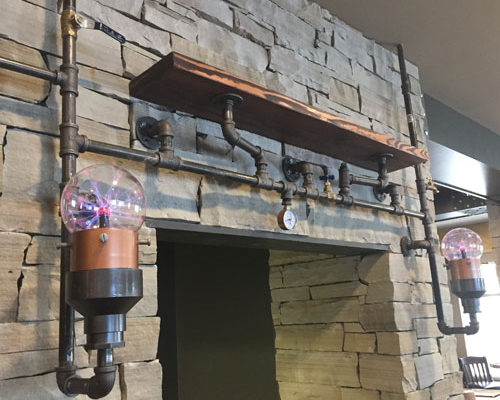